Making maple syrup has been a Voisin Family tradition for a great many years.

Grandpa (George) Voisin started the tradition way back in the 1920’s tapping 50 taps and boiling the syrup in the old fashioned sugar kettle on a farm just outside of Formosa, Ontario.

In 1953 the tradition continued with his son Gerard Voisin tapping 350 taps and boiling the syrup on flat pans housed in a sugar shack back in the bush.

In 1984 once again the tradition broadened and David Voisin took over the maple syrup boiling and expanded the operation to 1000 taps.

In 1989 “Voisin’s Maple Products” was formed and David along with his wife LeaAnne built a new “sugar shack” housing a new 5×12 evaporator for the processing of maple sap collected from 3500 taps. This new sugar shack also had a small “sugar kitchen” which allowed for the production of maple sugar candy and maple butter.

By the year 2000 the business had outgrown the original sugar shack and a large, modern facility was built to process sap from 8000 taps, along with a much larger kitchen area and packing room to accomodate for the wide range of gourmet maple delicacies which are now produced at “Voisin’s Maple Products”.

At “Voisin’s Maple Products” they take great pride in the quality of maple syrup and maple products produced. Utmost care is taken to ensure that every product we is of the highest quality possible, and by doing that it is a guarantee that the “Voisin” family tradition will continue for a great many years to come. 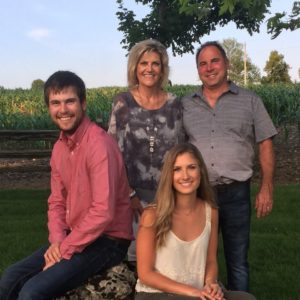